Deer Urine Bans Do Nothing to Slow CWD: Prion Researcher

States that have banned the use of deer urine by hunters are using faulty political motives, not sound science, according to one of North America’s top microbiologists. 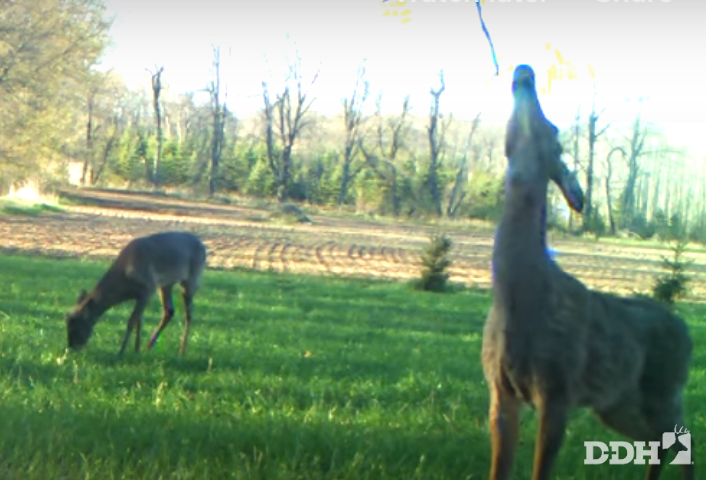 The science commonly referenced to support bans on deer urine have long been exaggerated and misrepresented. (Daniel E. Schmidt photo)

Dr. Davin M. Henderson from the Prion Research Center, Department of Microbiology, Immunology and Pathology at Colorado State University said today that banning urine-based scents is “simply not going to do anything to prevent the slow down, or stop chronic wasting disease” in elk, moose, whitetails, mule deer and other cervids. Henderson’s research on CWD prions and infection pathways is among the most often cited work among states that have sought to ban urine usage as a way to slow the spread of this fatal disease among deer. In fact, Henderson said urine itself is a low conductor of infectious prions. Diseased prions are many times more prevalent in a deer’s blood, lymph nodes, spinal tissue, skeletal system and feces, he said.

In an oft-cited 2015 research paper, Henderson’s words have been taken out of context by those who are seeking to ban urine use for hunting purposes.

In that 2015 paper, he wrote: “Infected deer may shed prions in their urine for months (or years) prior to developing clinical signs and may shed thousands of infectious doses of prion over the course of a shedding animal’s life.”

“The infectious doses referenced in this statement were not for deer,” he said. “No one knows the infectious dose for a deer. In this study I actually authored, the infectious dose was estimated for intercranial injections — meaning it was injected directly into the brains — of transgenic mice that are dramatically more susceptible to CWD compared to a normal mouse, and exponentially more than a deer. It is common to use such values as a reference since the standard curve for the estimation of CWD prions in urine was based on such intercranial inoculation and transgenic mice.”

Henderson went on to say that the 2015 out-of-context quote is misleading in that it omits critical qualifiers present in the original manuscript, to suggest that there are infectious does shed in deer urine.

“Currently, no one has been able to infect a deer with CWD by inoculating them with relatively high doses up to 700 milliliters or about 23 ounces of diseased urine.

• The occurrence of CWD prions is 1 million times higher in carcass and lymphoid tissue and 100,000 times higher in deboned meat and digestive tissue than it is in deer urine.

• It is estimated that it would take 33,000 gallons of urine from a terminally infected CWD-deer to equal the infectivity in just 1 gram of brain.

• It would take 23 one-ounce bottles of urine from a CWD-positive deer to even match what is known to be a sub-infectious dose. At usage of 1 bottle per year, that would take more than 23 years of application to the same tree or area, each year having the same bottle be entirely from a CWD-positive deer and be completely consumed by one individual deer. “This is not even remotely possible based on the collection procedures and testing requirements observed by manufacturers and practicalities of how these products are used.” (much less have an individual deer live for 23 years

STAY IN TOUCH WITH OUR DEER FARM

Join our mailing list to hear the latest news of our deer farms. When fawns are born. Pictures of bucks growing. And tips to using your favorite deer urines.